Penicillium brevicompactum and P. bialowiezense are two closely related species that are not easily distinguished by morphology or DNA sequencing. The mycophilic nature of many isolates of P. bialowiezense, and some of P. brevicompactum, suggests that observation of members of this group in indoor environments may predict extensive and longterm fungal colonization.

Penicillium Brevicompactum is one of the 36 species of molds genetically identified in an index called ERMI that is an acronym for Environmental Relative Moldiness Index that uses qualitative and quantitative PCR (QPCR) analyses for fungi. PCR is basically the identification of mold species by DNA sequencing. More information on ERMI testing. 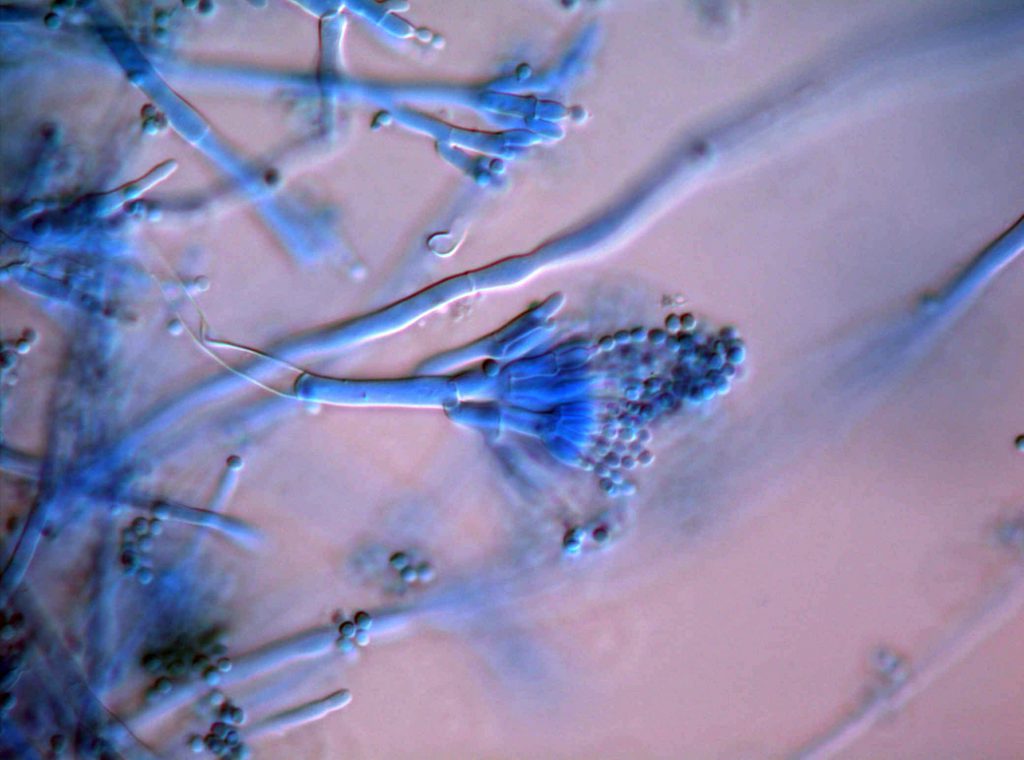 Penicillium brevicompactum has been isolated from a wide range of foods, and is commoned encountered in the indoor environments. Under optimal moisture conditions, house dust and various other cellulose-rich indoor materials are primary habitats for P. brevicompactum. This species is commonly isolated from house dust and is known as a degrader of fine cellulose fibres.

Areas to observe during and after the water damage stage are painted plaster walls, gypsum wallboard paper, potted plants, and urea formaldehyde foam insulation. Walls are often made of gypsum boards that typically contribute as a cellulose fibre nutritional source.

Back to non-ERMI air sample genus