Hydroxyls (HO•) are naturally occurring molecules composed of the same ingredients as ordinary water. They are created in our atmosphere whenever the sun’s ultraviolet rays react with water vapor in the air, and are a natural atmospheric cleaning system which Mother Nature devised countless millions of years ago.

As humans and evolved with hydroxyls always around us, our bodies and biology are well adapted to them, making them human (and plant and animal) friendly as well as an extremely effective oxidation agent which neutralize odors, dangerous pathogens and microorganisms such as molds and germs.

If you have ever smelled fresh laundry drying on a line outdoors, then you have encountered hydroxyls before.

A dual process attack on contaminants

2. The hydroxyl (HO•) molecules exit the chamber to decontaminate surfaces and contents.

Contaminated air is directed into the chamber where ambient humidity and multiple nanometer wavelengths and frequencies combine to create an oxidizing formula and produce hydroxyls.

The quartz crystal optics are finely tuned to deodorize air flow, eradicate bacteria and other micro-organisms, as well as produce hydroxyl molecules.

The purified air is recycled back into the environment along with hydroxyls to further decontaminate surfaces & contents.

The Cascade Effect Created by our Hydroxyl Generators

Once the hydroxyls are created, they are sent to “seek and destroy” odor molecules, bacteria, viruses, mold, VOCs and other chemicals. The hydroxyls simultaneously decontaminate the air, surfaces, and objects.

This system does not require all of the contaminants within a room to pass through the processing chamber, which guarantees a more effective and rapid decontamination.

Outside the unit the hydroxyls immediately begin a cascade reaction in the air, thus creating even more hydroxyls. The cascade of hydroxyls quickly disperse throughout the air and penetrates surfaces and objects.

Any quenched hydroxyls are continuously replaced by the system, providing a constant flow of hydroxyls. 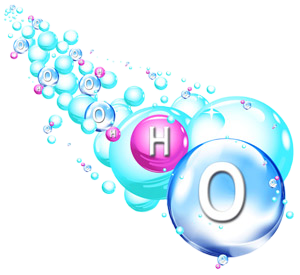 Our hydroxyl generators produce atmospheric hydroxyls that circulate throughout the air and reach places that otherwise can’t be reached. Other UV technologies only clean the air that passes over the UV bulbs (about 20% of the air in a room).

Our expertise is Air Quality