Eurotium species are important fungi in moisture-damaged structures adding to the toxins and antigens in these environments.

Eurotium amstelodami is a type of soil-borne fungus. Indoors, it has been isolated from floor, carpet and mattress dust, in hospital air, and on cloth and shoes. 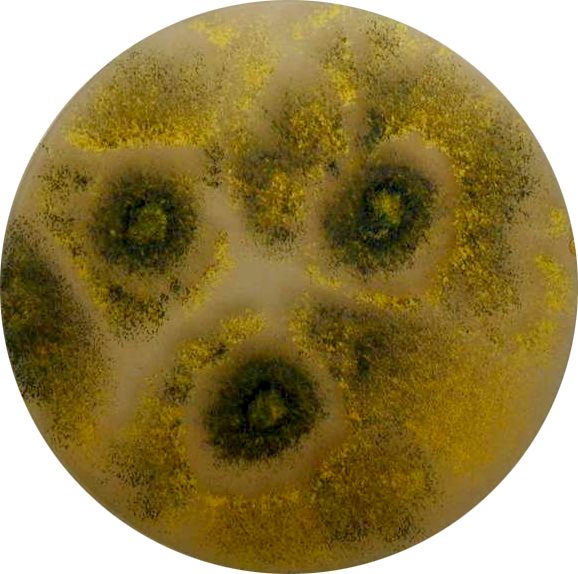 Eurotium amstelodami is one of the 36 species of molds genetically identified in an index called ERMI that is an acronym for Environmental Relative Moldiness Index that uses qualitative and quantitative PCR (qPCR) analyses for fungi. PCR is basically the identification of mold species by DNA sequencing. More information on ERMI testing.

Mycotoxins are also produced by E. amstelodami that include patulin, sterigmatocystin, ochratoxin A and aflatoxin B1.

E. amstelodami along with C. globosum and A. fumigatus were elevated from homes of asthmatic children and are elevated in moisture-damaged and referenced schools where children were symptomatic.

Back to non-ERMI air sample genus