Acremonium grows well indoors under very wet conditions. When found indoors, it usually originates either from outdoor air or from contaminated crawl spaces or from contaminated building materials following an incidence of water damage. However, the spores of this fungus are formed in a slimy mass resulting in limited aerosolisation: therefore its prevalence may be low in air samples.

Acremonium has been found indoors growing on building materials, such as acoustic and thermal fibreglass insulation used in heating ventilation and air conditioning systems. Because of its high water affinity, it is often isolated from cooling coils, drain pans, window seals and water from humidifiers. ‘

There is an establish and clear link between fungal spores in the indoor air and contaminated crawl space and bathrooms – A common area Acremonium is observered.

Acremonium requires very wet conditions, e.g. building materials with high water affinity. Consequently it is often seen growing in combination with Stachybotrys, a tertiary coloniser. Most species do not grow at 37°C.

The taxonomic fungal database administered by the International Mycological Association has 205 registered strains of which 197 are named species. 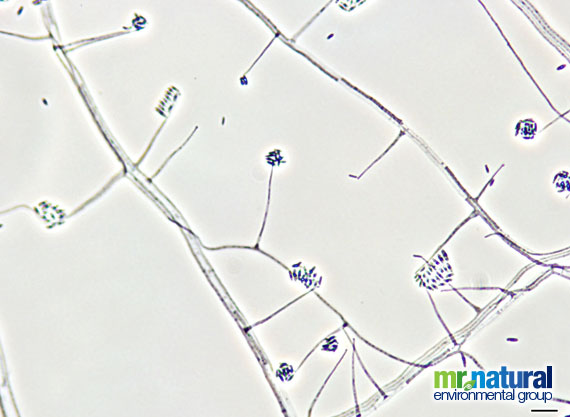 Acremonium has often been reported associated with contamination by Stachybotrys chartarum, as this fungus is also favoured by very wet circumstances. A stench in the air may be associated with the presence of this fungus. Acremonium culturing indoors can produce Trichothecene mycotoxins.

The many species of Acremonium are mostly saprophytic and non pathogenic. However, certain species are pathogenic to plants and humans.