Clean Air delivered to you

mr natural® hydroxyl generators are state of the art, producing all-natural safe-to-breathe hydroxyls that sanitize, purify and invigorate the air.  Our technology mimics a natural process which  Mother  Nature has used for millions of years to remove pollutants and clean the atmosphere. 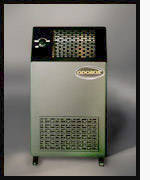 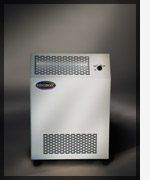 The Slimline™ unit is ideal for eliminating bacteria, virus, and chemical off-gassing typically found in public spaces within enclosed buildings. It is the perfect choice for medical offices, long term care facility usage, commercial offices, and residential homes or apartments. Effective areas up to approximately 1,000 sqft. 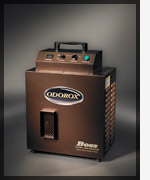 The Boss™ unit is the right choice for the professional fire and water damage restoration contractor. It can deodorize and decontaminate up to 2000 sq.ft.

Turn the fan to low to deodorize small areas such as cars, RVs, boats, bedrooms or offices. 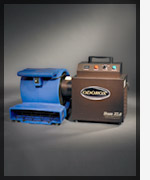 The Boss XL3™ unit will provide a heavy concentration of powerful hydroxyls to treat large areas affected by fire and smoke, flood, nicotine, grey/ black water, decomposition, mold, sewage, chemical spills/ off gassing and any other odor problem you may encounter. 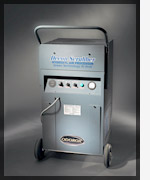 The Decon Scrubber™ unit is the right choice for removal and decontamination of large volumes of particulate and pollutants from the air.

This unit is finely tuned to eliminate odors and particulate associated with bacterial, viral and mold contamination. It is designed for removal of large amounts of smoke, ash, animal dander and pollen. The Decon Scrubber™ will also remove odors caused by incinerated/burnt plastics, organic matter, and chemicals. 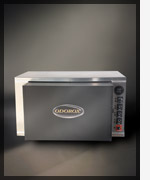 mr natural’s MVP (Master VOC Processor) product line is the smaller version of the most technically sophisticated and advanced industrial foul-air management system in the world.

MVP14™ units whether in single or multiple formations are capable of working in much larger spaces than all other models except the even larger MV48 models and rapidly breaking down massive amounts of toxic odours, many types of pollutants and VOCs (Volatile Organic Compounds) while simultaneously destroying a long list of biological pathogens. The MVP™ unit is specifically designed for single or multiple unit use in heavy duty air processing for small to medium operations such as confined feeding operations – pig and chicken farms, warehouses, manufacturing sites, food processing, paper mills, chemical plants, waste water treatment facilities, refuse transfer sites, rendering plants and many other industrial and commercial uses. Other applications include fire and smoke damage, and massive mold decontamination.

The standard for Restoration Experts

No fumes, no harsh chemicals. mr natural® technology is 100% green, non-toxic technology that can be safely used around humans and animals while scrubbing the air of biological and chemical contaminants.